It was 1999.
I had just started having a spiritual awakening and the transition from old traditional religion into more spirituality was an exciting adventure.

About this time, I heard of a seminar on “fundraising for the needy” in a large city nearby.

Strangely, I felt compelled to go!

A friend and I rented a car and started the drive. 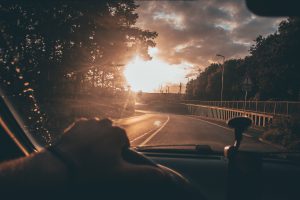 Boy, did we ever feel like a couple of country hicks as we tried to navigate our way through the maze of big city traffic.
Back in those days… I had no such thing as a navigational system.

Remember those big maps that you could NEVER get to fold up the way they were originally?

It seemed like forever before we found the meeting place.
Surprisingly, it was on the top floor of a large skyscraper building.
Darkness fell early and we could look out and see the city lights twinkling far below us.
The meeting ran late and my friend and I were the last ones to leave.

As we came out into the darkened parking lot we forgot where we had parked!

(Don’t tell me this has never happened to you!) Feeling foolish, we began to search for our rental car.

Suddenly, two menacing male figures darted out from the shadows!

One of the men had an enormous 2 x 4 piece of lumber in his hands. 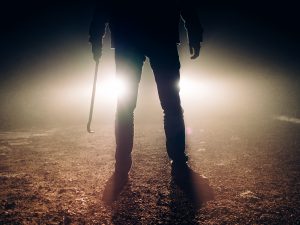 For some reason, unbeknownst to us, both of these men seemed in a frenzy of with hatred for us.
Almost as if they were possessed by some great dark force!

The Evil was palatable.

The energy from these two men was vicious and overwhelming.

Holding our breath we stood frozen on the spot!
They didn’t say anything…it was NOT a robbery…it was just two men taking pleasure in inflicting pain on another!

The first man, energized with hatred and rage, raised his 2 by 4 and smacked my friend solidly on her head!

You could hear the sharp crack, like the sound of a pistol as the heavy 2 by 4 connected with her skull.

She went down like a felled tree. I felt paralyzed with terror as I realized… “OMG, these men intend to KILL us both!”

The man then turned his attention toward me and raised his 2 by 4 to strike.

Suddenly, I felt the Power of God surge through me!

I said it twice.
Suddenly a hand of pure white light clasped the man gently around the wrist.

He dropped the 2 by 4 instantly.
I could literally FEEL his energy shifting! 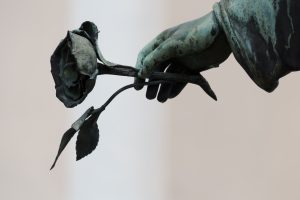 The Angel Gabriel did nothing more than hold tenderly onto the man’s wrist  while looking deeply into his eyes.

The man’s eyes changed from dark pools of hatred and rage to a completely different kind of vibration.
Yes!
The same man who just moments ago had been intent on killing… was transforming before my eyes!
He was now looking at me with puppy dog eyes as if to say, “What am I doing?”

Just the touch from the Archangel Gabriel began to melt all the hatred, all the rage.

BOTH men now looked bewildered if as to say…”what the heck happened and what are we doing?”

This reminded me of a scene from the movie classic, The Wizard of Oz.


In the same way as the Wicked Witch melted way with water… the touch of the Archangel Gabriel melted these men hearts.

Yes, all the hatred, the animosity, the rage, simply vanished from these two men.
The Archangel Gabriel has that kind of transformative power.
(Remember when Gabriel appeared to the young Virgin Mary? THAT kind of message will transform a life for sure!)

What happened next is the part I really love!

I must have been touched by that Angel power myself.
Why?
Because I did something uncharacteristic for someone who had just been viciously attacked.

I looked compassionately into the eyes of the two men. They now gazed back with sweet “puppy dog eyes”.

I then proclaimed with complete authority!
“Calling for the angels is for everyone… not only for me. You can call the Angels of God too.”

My friend who had been hit by that 2 by 4 was miraculously healed as she stood with me.

This is a moment in time that changed my life from that moment forward.

Because of this encounter with the Archangel Gabriel… I have a commission to share this message with everyone.

You can call for the Angels of God too.
You are worthy no matter what!

It doesn’t matter how good or bad your behaviors have been…the Angels love you and will respond.

(Just watch out because they just might transform you too!)

As I awoke from this dream, for yes, it was a dream. My heart was racing. It was no dream. It was REAL!
This was kind of dream that you remember the rest of your life.

The kind of dream that’s not simply a dream, but an actual occurrence in another dimension.

From that moment forward, it has been my life’s work to teach others that they are divine and can call upon the powers of the divine.

It doesn’t matter if they’ve been filled with hateful emotions or even murderous intentions. The love of the divine is here for all.

At the time I had this experience…I was taking a course in Creative Journal Expressive Arts.

The course is designed to help you become more creative and open up both sides of your brain.

As I practiced the course exercises, things begin to change for me!
It began to awaken my psychic abilities.
As a result, in many of my courses I integrate these same techniques that help open psychic powers.
I often joke that I can teach a left-brained engineer to talk to dead people if he will just follow my instructions!

This brings me to the course I have on GROUPON this week.
Mediumship: How to Connect to the Other Side.

In this course, I teach you many of the same techniques that opened me up!
Plus, a Lot of new techniques given to me by Angels and High Beings of Light.

Read about it and grab it while it is on GROUPON.

Before you know it, you TOO will be chatting with the Other Side with ease!

Plus…it’s crazy bargain for this training but only because it is on Groupon.

Groupon specials allow you to purchase things you might NEVER be able to afford otherwise.

You Can Become a Highly Paid Medium:

…or do it to contact your OWN friends, family and PETS who have crossed over! 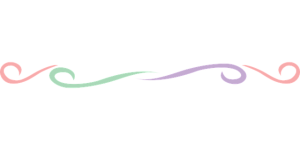 Or…do it to become at least 50% MORE psychic than you are right now!

If I hung out a shingle announcing. “Medium”- there would soon be a line of clients around the block.

(BTW, when I DID have a career as a Medium, I had no trouble getting clients- the spirits themselves would often get in touch with me first and drag their “alive ones” in to see me) 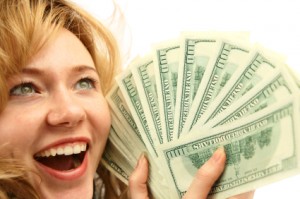 Why? Because when people need a medium it’s because they are hurting! Desperately seeking comfort and relief from the pain.

There is nothing on earth that can relieve that pain like the services of a Good, Heart-centered medium.

You see, when you are grieving for a lost loved one…emotions are so overwhelming you cannot do it for yourself…. all you can do is wallow in your misery!

Having someone help you get in touch with the departed and having the assurance they they are “OK, happy and still alive in another dimension” can ease the burden of sorrow tremendously.

The great thing about being a medium is that you don’t have to sweat to get clients- once you start doing good service word of mouth travels like wildfire.

There is no shortage of potential because…people just never Stop Dying do they?

Mediumship is one of the most rewarding careers a Light worker could ever aspire too…and I can teach you how to do it with my easy,blond proof, proven techniques.

Let’s create this together!

Mediumship as Ministry Certification Audio course…take this at YOUR pace!

Groupon Coupon: save 70% when you act quickly!