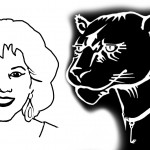 About five years ago, A great animal spirit came to me.

She said her name was ‘Anut’ and she was the guardian of animal souls. Anut was most understood in ancient Egyptian  times. (Although she is not  Bast)

Over a period of a few weeks, Anut gave me information about animals, their soul connection with humans, and how we can best communicate.

At the time, I wrote all the information down…but it was not  right timing to divulge this type of information.

Recently, Anut resurfaced with a request.She asked that I teach these revelations to all who are interested. So, of course, I will (Anut also asked me Not to charge for this class…so, it’s free!) 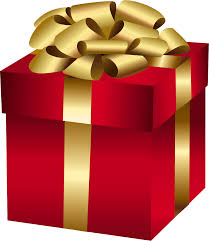 Here is just part of what you will experience in this audio program:

Further, Anut will reveal information about the vibratory rate of animals that will help you understand them as never before! Get your questions answered such as…

I know you will also want to know…

I was shocked!Every single thing Anut is telling me is resonating on a very deep level. I have only told a few people some of these revelations… and I purposely told them to ‘non animal lovers’.

Even though they were a little sceptical(ok, a lot skeptical) when I told them where I got the information;  “a great Egyptian cat Goddess who calls herself ‘Anut’…every single person  agreed the information resonated with them too!

Because I am a Divine Chanel, I have a soul agreement to deliver information as long as it is 100% pure light and helpful to the planet.

This information will absolutely be helpful to you if you care at all about animals and our intertwined relationship.

Did you know that animals choose us? (gee, I thought it was the other way around!)

When Anut, told me that animals do indeed choose us, I tried to argue.

She shut me up quick when she asked…”Well, has an animal ever just ‘shown up’ in your life?”
Think about it-how many times has it happened to you?

The most dramatic incident of an animal ‘showing up’ in my life was Toby Baxter.

One evening , about 5 years ago, I spied a thin, half-grown pit-bull right outside my fence.. He was so emaciated you could count every rib he had. My heart right felt wrung right out of my chest. 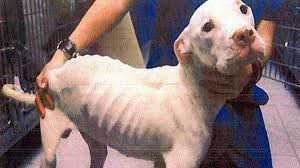 Not Toby Baxter, but he looked similar, only weaker.

I tried to coax him into the yard so I could feed him but he was almost too weak to stand. I finally did get him into a kennel and prepared him some soft table scraps to eat.. he was so malnourished I feared he could not chew the hard dog food that I fed my other dogs.

Poor baby, he was starving but he could not keep the food down. I watched in despair as he threw the food right back up. I have never had a creature touch my heart like this. I consider myself just a regular animal lover. I am not so gung-ho that I let them lick my face (although, if you like it…go for it)

It was so late when he showed up the vet was closed.  I figured if he made it through the night I would take him  in the morning and see what could be done. My children were also affected by this ‘thrown-away’ dog and gave him a name…Toby Baxter.

Next morning, we took Toby to the vet…he could no longer even stand. The vet shook his head and said there was nothing that could save Toby. He was already into organ failure. The most merciful thing to do was put him to sleep and end his agony.

My husband and I agreed and we stayed with Toby Baxter until he breathed his last. I cried…I cried for this poor creature who showed up on my door so I would learn a lesson in compassion.

I cried for this precious doggie. I feel that he found me so he could spend his last hours feeling kindness and love. When he died…someone was caring for him and he was not alone.Toby was only in my life for less than 24 hours but I will remember him forever.

I came home and named a small tree I had just planted the Toby Baxter tree. A gentle urging  to show compassion and a powerful reminder that animals do indeed “choose us”.
So…has an animal ever just shown up in your life?

There is No Charge for this Audio Program.