Why Use the Name Azna?

Below are the words form the video transcribed for thos of you who prefer to read. :

Azna is a name Mother God is known by on the other side.

Sounds create energy. Each sound has a different energy signature or ‘sound signature’.

Azna is important at this time in our being because Azna represents perfect balance.

For instance Mother says, if you can imagine, ‘“az” is yes and “na” is no. Yes, no. Perfect balance. Positive, negative.’ I said, “Well, why the heck do you want to have the negative in there anyway?” And she says, “There is no light without dark. There is no anything without its polar opposite.

..And when the two are blended together in love, great blessings can occur.” So Azna — perfect balance.

Azna is not here to overthrow the male regime or the divine masculine at all. It is a divine marriage and there are masculine and feminine aspects within yourself. And simply by using her name, Azna, you can bring yourself into more balance. 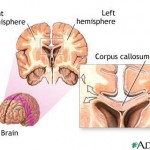 So Azna, thank you for giving us that information about your name, and how we can use it to bring ourselves into balance.

So also some of you might be new to Heart Point Technique. Mother Azna will be talking about it a lot today. You know why? It’s her healing modality.

Now I‘ve actually been reading lots of different books and there are aspects of Heart Point Technique in many, many books. There’s references to the great abstract mind which is the great connector of the right and left-hand sides of the brain. This is the corpus callosum. So there are certain points of HPT that you can either hold or you can actually, last seminar she said people that like tapping, have them tap on those points. So I’m going to explain those points to you.

The higher self  point is 18-24 inches above your head.

This is a gateway of blessings. A gateway. A gateway to other worlds. I believe Tom Kenyon refers to it as the celestial soul. And then we fill that with light and we stream the light down through the crown and into the corpus callosum. This is vitally important because each time you stream the light through the corpus callosum its becoming more permeable. How will that help you? Easier to transfer messages from the right to the left.

And Mother likes all these points around the eye, like in EFT, beginning of eyebrow, side of eye, under eye and then she adds this point here which is known from TAT and is actually the Acupressure meridian where every single meridian enters the brain. So you could just shortcut and tap right here, hold here. But we hold here to give an extra charge from our hands to those points.

Then the light streams down the throat into the hidden recesses of the heart.

Why is this important? Because every single thing you ever wanted to know is already written on the walls of your heart. Isn’t that great?

So then there’s one more point which we can use for consolidation which is at the nape of the neck, where the head joins the neck.

Just use your whole hand and you will get it. So, Azna wants you to understand about HPT because when we answer the questions from folks, she’ll probably give us some exercises and have you actually using this wonderful healing modality.

What people find when they use Heart Point Technique is that they get insights that they never thought of.

I’ve learned to just do the cotton-picking HPT, instead of trying to guess. Just do HPT and you will see things, feel things, notice things that you never knew before.

Now I had a question …. but this lady wrote and said she hesitated to use Heart Point Technique because it was so difficult for her to visualize, to visualize light streaming.

And so my answer to you or to anyone who has trouble visualizing is think about ‘what did you have for breakfast?’

Can you remember what that looks like? Think about a light bulb. Can you remember what that looks like? It’s light, right? And Mother says the easiest way to envision the golden light streaming down is something that anyone can get a hold of for visualization. If I would have had some of this in my kitchen cabinet, I would have it right now. Visualize golden honey, like you are squeezing that little honey bear, and the golden light. If you do that, you will give yourself a visual to refer to and imagine that golden light is just streaming. 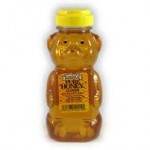 And then Mother Azna likes us to use the word An Nur. A-N N-U-R It’s an ancient Arabic word which means God’s Light. Its incorruptible light and its self-adjusting light. So when you don’t know what to say, say An Nur. It carries its own sound signature that millions of Arabic folks and folks who use the 99 names of God have been saying for years.

It’s always good to start off with a balance exercise.