Just a few short years ago, Tom was a chubby couch potato. His idea of a healthy vegetable was serving baked beans instead of French fries.

A friend of Tom’s joined WW and lost a lot of excess baggage, This inspired Tom  to start his own program. Because Tom has a very analytical mind and loves to do research, he searched for scientific data on food, exercise and what works and what doesn’t.

This became a real passion for Tom. His wife (my sister) was very supportive and proud to see his progress. Tom began to train his body in both fitness and dietary changes. Within a couple years he was so involved he entered a nationwide fitness competition and won!

Now, Tom has such passion to help other “couch potatoes” get inspired that he became a certified personal trainer and opened his own fitness Boot camps.

All his participants are getting spectacular results!

Because Tom allowed himself to follow his heart…wherever that is leading him. When Tom is leading a class, his eyes are shining, his heart is joyful and the participants are reaping the benefits of his passion.

Tom really cares and it shows.

Oh, guess what Tom does for his ‘other job’?

He is a banker at one of the leading banks in his area.

I feel sure that ‘following his heart’ will lead to Tom doing what he loves best, full time… helping other people become fit and healthy. I believe  he will become more and more prosperous until he can leave his boring bankers job completely behind.

Why am I sharing Tom’s story?

Well, he is my brother-in-law and I “knew him when”. I hope this encourages you to be open to your hearts passion when it comes knocking on your door. Try new things. You may be surprised to learn that your life’s dream is waiting…just around the corner.

So ask yourself…‘What makes my heart really  feel good”?  Take every chance you get to follow that good feeling. Throw your heart over the bar and your body will follow.

Tom does do private phone coaching. he now knows more about the way fat burns than any person I know. if you are interested email me rebecca@rebeccamarina.com with TOM as subject line and I will pass it along.

(Click on pics to fully enlarge) See  BEFORE Pics… 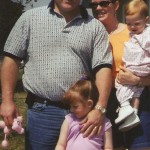 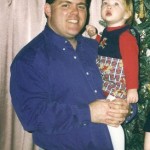 OK- now the After… 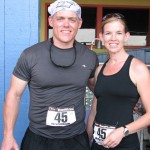 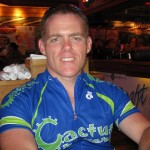